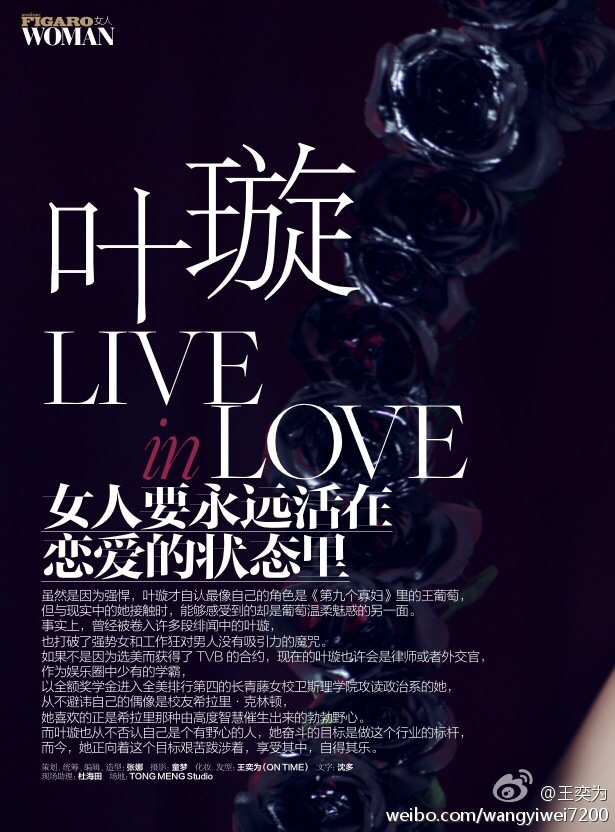 Women must always live in the atmosphere of being in love!

Michelle Ye confessed to being similar to the character she played in ‘The 9th Widow’, ‘Wang Putao’ due to her determination, but at close interactions with her, her gentler appeal cannot be denied. In fact, she was once in a turmoil of ceaseless rumors and gossips, yet she proved being a career woman and workaholic did not deter her appeal towards men at all.

Had it not been her pageant win leading towards a TVB contract, Michelle Ye would most probably be a lawyer or a diplomat by now. Being an intellectual gem rarely found in the entertainment circle, she won the scholarship into America’s fourth ranking women’s college in pursue of the Political Science degree, and has always claimed Hilary Clinton to be her idol. It is Hilary’s wisdom and ambitious fortitude which she admired most, and Michelle Ye too never denied herself as an ambitious person, her striving target is to be the best in the industry, and today, she is diligently working towards her target, appreciating and enjoying the process along the route. 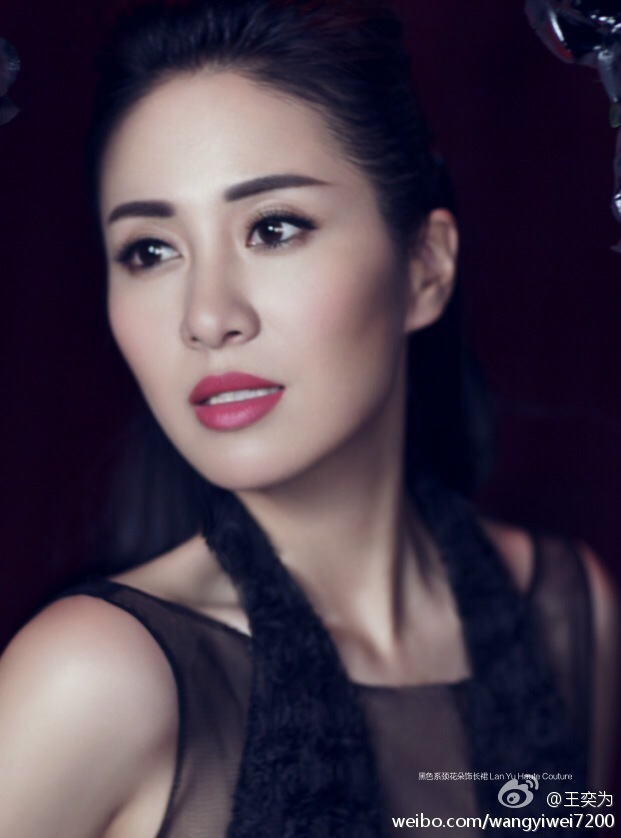 Wang Putao, the role most similar to me

Everyone will somewhat experience their own characteristics through their works, I am personally more independent and bold, I also support the view that women should be strong and independent, thus when choosing the films that I produce, or characters that I portray, they tend to bias towards tough characters. When reading Yan Geling’s ‘The 9th Widow’, I decided to film it, because I just favor the character Wang Putao too much, she is the character most similar to myself among all my works. She is like a wild leopard, and is fearless. Though she seems confused on the surface, she is actually very clear of what she exactly wants, she is never bounded by the social traditions, be it her love or her life, she strives for them boldly, pursuing them till the end, I, am such a person too in reality.

‘Athena’ is the most challenging production which required most efforts from me since becoming a producer, we re-filmed part of scenes to perfect it. Just going to and fro from the film administration office took me more than twenty trips, many times I felt defeated, but then I saw Pony Ma’s interview (founder of Tencent), he mentioned even a company like Tengxun faced many challenges, what we can do is to never ever give up, pace a step at a time. Many people felt that it was too difficult a route for me to produce this film, but like what is to be portrayed by this series, faith can change the world.

What’s my faith? From the first day I entered the industry, I never thought of just being an actress, I wanted to be a creator - an actress, a scriptwriter, a producer are all creators. After winning the Hong Kong Film Awards’ best supporting actress, director Johnny To told me that winning an award is just punctuation, it is not that significant. Eventually, it is whether or not you win the respect of the industry, and becoming the benchmark (of the industry) should be the target you want to strive for. I believe people with faith are ready to boldly sacrifice themselves, because those challenges and efforts, and the desire to breakthrough a dilemma, proved that we were once young, and lived through it. People around me all believed that if I were born in the war time, I am definitely the type who fight in the frontline, yes, indeed, I am such a person.

Live four times fuller a lifetime than others

Ever since I started work, tens of years, I basically maintained two to three hours of sleep, but I am still dynamic in my work. Thus I concluded your body can adapt to your lifestyle, and that lack of sleep can be adapted to over the time. Thinking positively, I earn an extra of four to five hours compared to others, cumulatively, I live four times fuller this lifetime. Of course, my responsibilities has increased so much more now, especially after becoming a producer and scriptwriter. I remember when writing ‘The 9th Widow’ script, I had gastroenteritis, and was resting on bed. I took a notebook and started writing, and hours pass by unbeknownst to me, only after completing my writing did I realize, that my inflammation caused a layer of my skin to peel off. Many people think I am working too hard, but I don’t agree, once I enter the working atmosphere, I am just like some gaming addicts online, or those who goes clubbing, or those travelers, in short, just like them, I am actually enjoying the process of a favorite hobby of mine 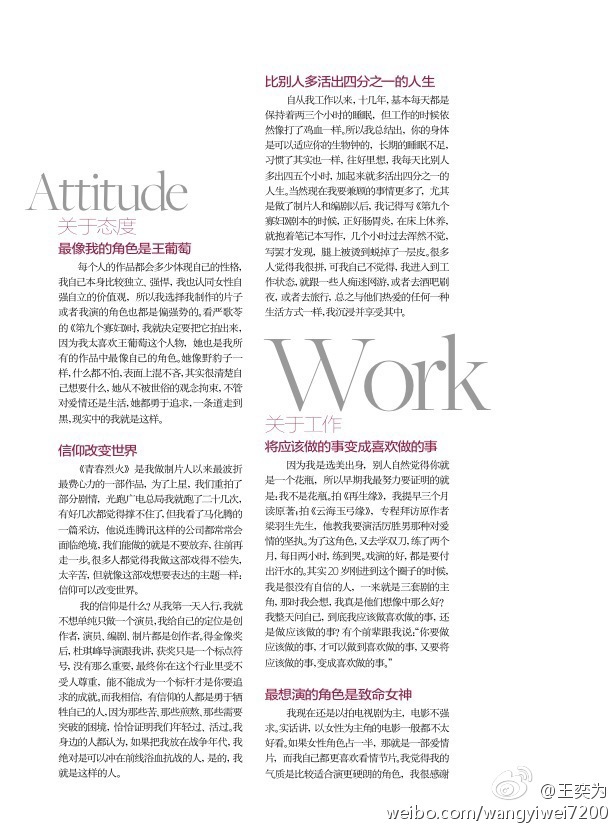 Making what should be done into what you love to do

As I debuted from beauty pageant, it is only natural for people to assume you just a beauty (without talents), thus in my earlier times, I first strive to show that I am not just a beauty. Filming ‘Eternal Happiness’, I read the original book three months ahead, when filming ‘Lofty Waters, Verdant Bow’, I made a special visit to the original author Mr Liang Yusheng, he taught me to bring Li Shengnan’s fortitude in love to life. I also went to learn martial arts with double swords, it was a two months training, a daily two hours training, I cried through the training. To excel in acting, you need to be prepared to sweat through it. Actually when I first entered this industry in my twenties, I am someone who lacks confidence, and I was almost immediately given three series to lead. Back then, I would think, am I as capable as they think? I ask myself everyday, if I should do what I love, or if I should do what needs to be done? A senior told me, “You need to do what needs to be done, only then you can do what you love to do, and you should make what needs to be done, into things you love to do.”

The role wished to play most is Fatal Goddess

I am still focusing on filming series, movies will be a bonus. Frankly, movies with female leads are less interesting. If the female character dominates half of it, it is definitely a love film, whereas I personally favor thrilling movies. I think it is because of my characteristics that I fit into playing tough characters more. I am grateful for director Johnny To who discovered my such potential, I also like his high IQ and dynamically thrilling movies, the inner voices of the characters of his movie are illustrated excellently. I know a type of female character, in the French movie, it is called Femme Fatale, which means the ‘Fatal Goddess’. Director Johnny To is much influenced by the French latest movie direction, thus though the female characters in his movie may be minimal, but their impact towards the male icons is significant.

Louis Koo is an antisocial person

Louis Koo and I played a couple in ‘Overheard 3’, we have worked together several times, this time around is the most emotional one - we grew up together, and then I went to prison, spying together and right up till death. We were both actors from TVB, Director Mak said TVB actors save films, plus we have a lot of chemistry working together, we usually do our scenes just once. Aside work, in reality, Louis Koo is also my best friend, we talk about everything. However, he is indeed an intrapersonal person, he has few friends, he has worked together with Sean Lau countless times, yet he does not have his phone number. His only female friends are Sandra Ng and myself, because we belong to those livelier and more cheerful type, to be able to let him let down his intrapersonal wall. 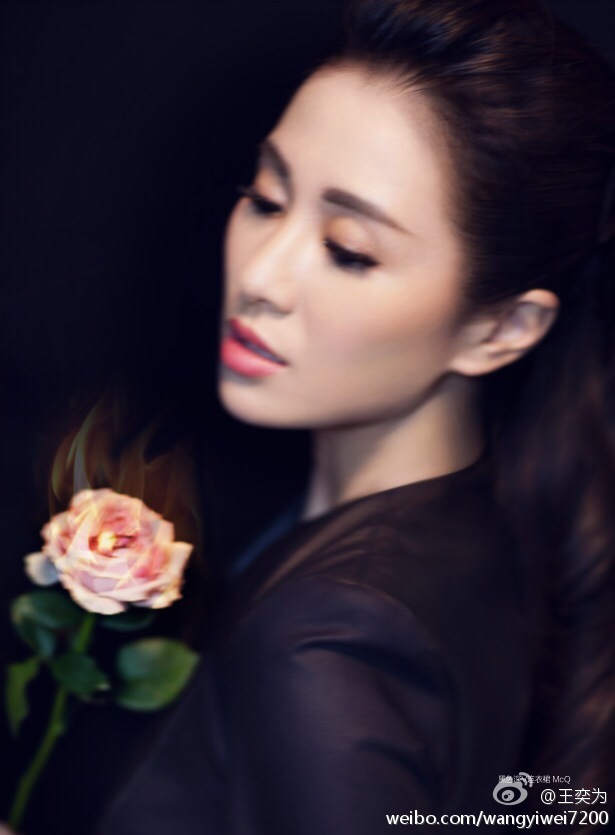 The modern person who lives the ancient way

Most people felt that though I grew up in the States, I do not have the ‘banana’ elements, maybe because I am brought up with a lot of conventional and cultural elements. I learnt the traditional dance since young, and learnt the 300 Tang poems at the tender age of three, my calligraphy teacher is Sha Menghai, it is also because I lived with my grandparents, I also loved to listen to the opera, especially the Shaoxing opera. My lifestyle is deemed quite ancient by most people of this time, I rarely go shopping in Hong Kong, I do that less than three times in a year, I don’t really like it, I have no urge to shop. Jewelry, clothes and shoes are not my interest, they are mainly bought by my company. I don’t buy clothes by myself, and I usually shop in bookstores, I am the type of person who read even when queuing queues to pass customs, I treasure every minute I have to read. I love Moyan, Sutong, Yan Geling, (and many more Chinese authors I am unable to identify and translate). It doesn’t matter where I am, I love to hike, walk, so if I’m not in a hurry, I will let my driver rest, I will walk few streets across, and appreciate the scenery.

Being in love is the best reward for working hard

For me, aside from working so hard, the best reward of myself is to be in love, specifically, at this stage of time, I enjoy the feeling of being pursued. I met someone recently, it is someone introduced by Monica Mok sometime back as a potential candidate, but that time I made a very foolish mistake, I accidentally sent my reply for Monica to him, the text was about my impression on him, and words among good girl friends are often not filtered and straightforward, thus we only met once and that was the end. Unexpectedly, I met him again in an event this year, and the feeling is different after a few years of gap, life is indeed astonishing! 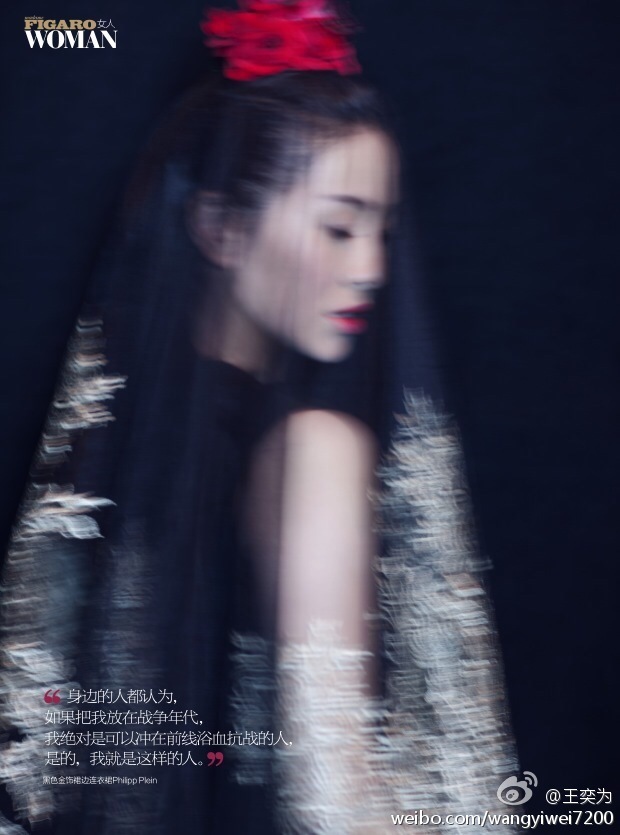 Everyone has an independent soul

I started living alone at the age of 13, thus I always felt that everyone should have an independent soul, and needn’t be dependent on anyone for anything. Of course, I will help others, and others may help me sometimes, but being dependant is a no-no. To me, being dependant is a cruel matter, because I love freedom so much. If I were always dependent on you for food, for care, for clothes and accommodation, it is definitely something cruel for you as well. Maybe this is somewhat connected to my parents’ divorce since young, I believe there are perfect families, but it is rare. I have no kinship in my childhood days, I am independent because of the situation, I too often reflect on my younger days, at the age of thirteen, I often question, “Why do my parents bring me to this world, but care nothing about me?” I am dissatisfied, but I never cry, just like some victims of disasters, when facing any disaster, it leaves us no time to feel sadness. Thus, I have never planned on marriage, I felt, not getting married, or even getting married at the age of 60 or 80 years old, it doesn’t matter, but for women, it is important to always live in the atmosphere of being in love. 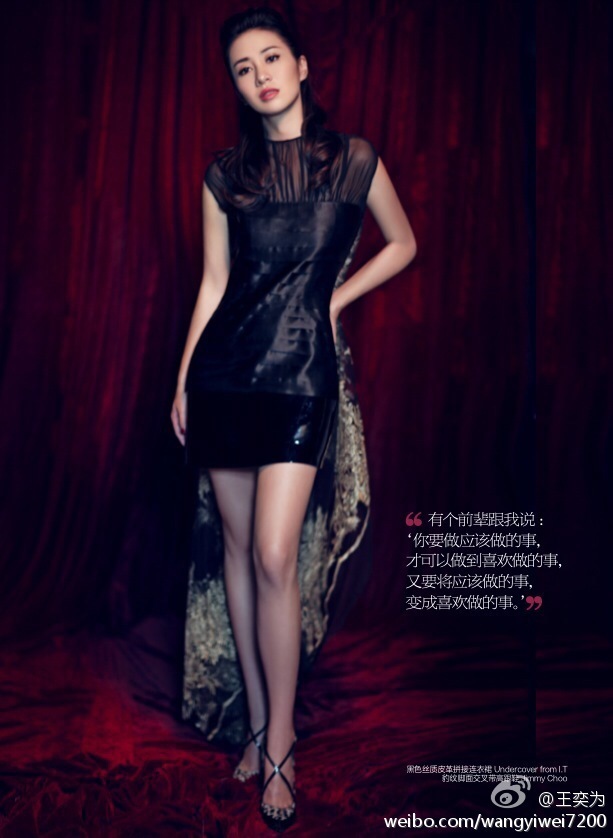 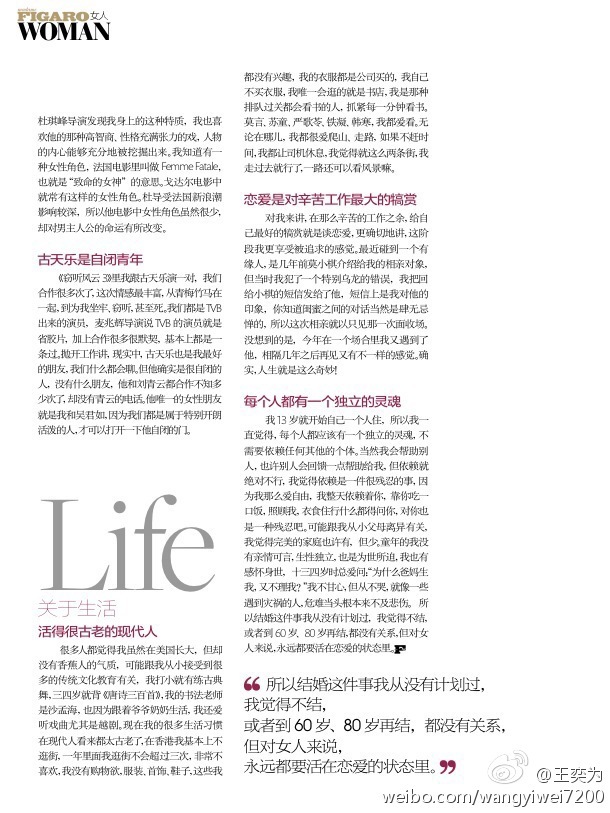 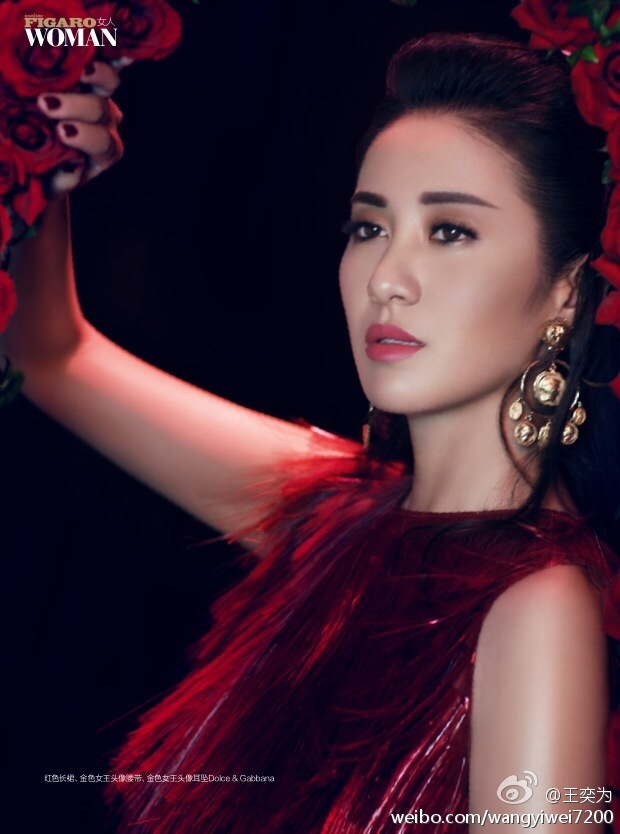